I still can not believe it! We were in Paris for a weekend getaway with Lili! It was a great weekend. It was so sudden but so spectacular .

A few weeks ago, Lili called me and suggested the idea of having a girls weekend getaway together in Paris. We both turned 30 this year and unfortunately weren’t able to attend our dirty thirty birthday parties. It was a great opportunity to catch up and have our way of celebrating our new age!

I was like, “Ok but I have to talk with Mr. T first”. As he is super busy nowadays, he was glad that I was going for a getaway. We can’t spend enough time together currently…

Then I bought the tickets, Lili booked our rooms and we were on our way to Paris!

We were so excited, not because it wasn’t the first time we were visiting there, ( actually it was my fifth!) but it was going to be a non touristic visit. We were going to be there just to walk around the dazzling streets of Paris, not to rush to see every historical monuments.

Of course we went to see La Tour Eiffel. After having a fancy dinner ( me in Pizza Pino and Lili in Leon de Bruxelles) in Champs-Elysees, we walked all the way to Eiffel. Oh and we haven’t forgotten to stop by Ladurée and have a cafe Creme Laduree and macaron individuelle :) 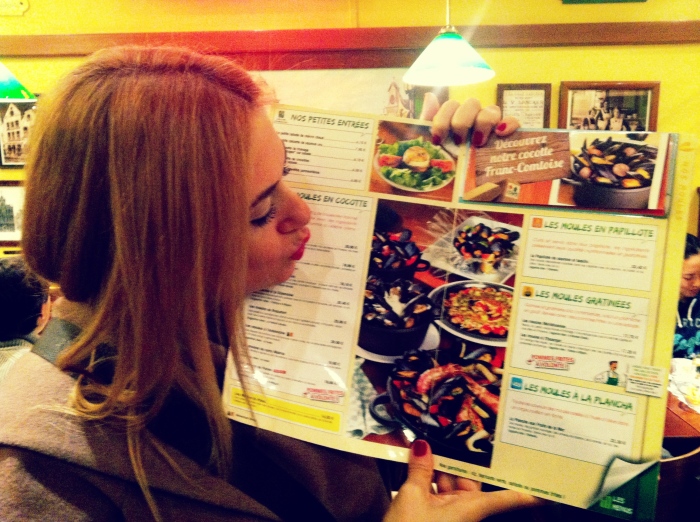 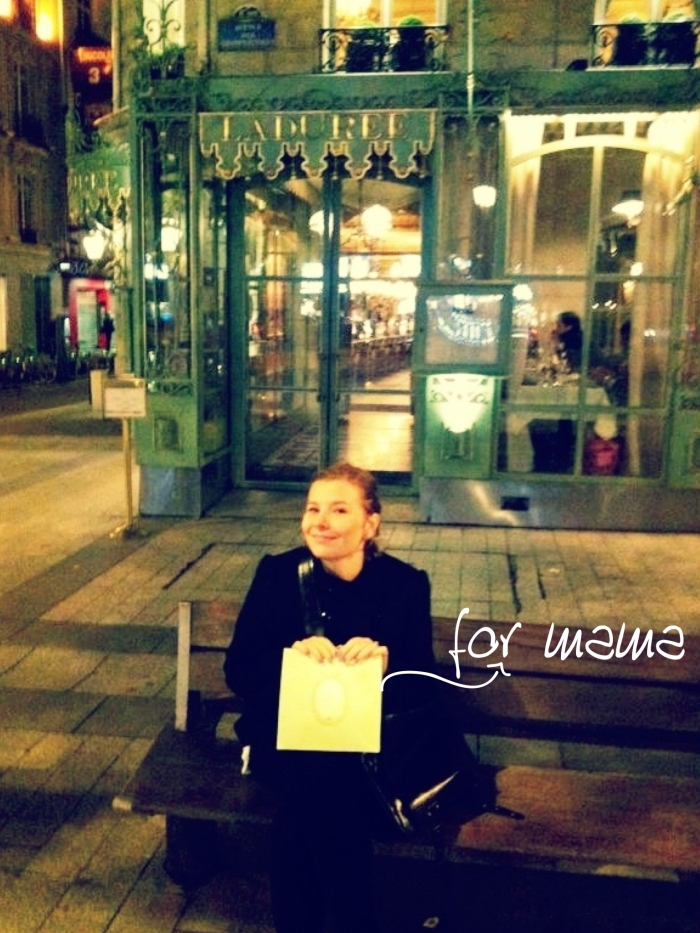 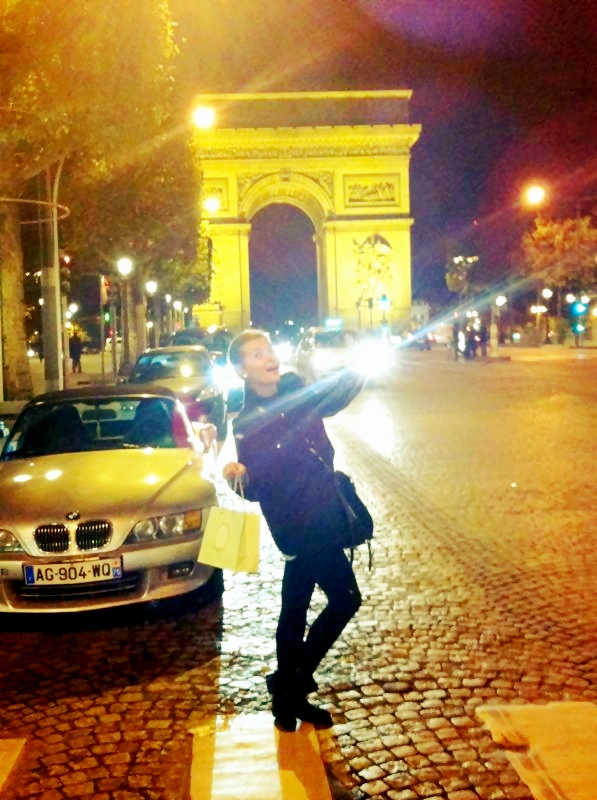 La Tour Eiffel was the same  as always. Fascinating… After having a late night rosé in Le Malakoff , It was time to sleep. 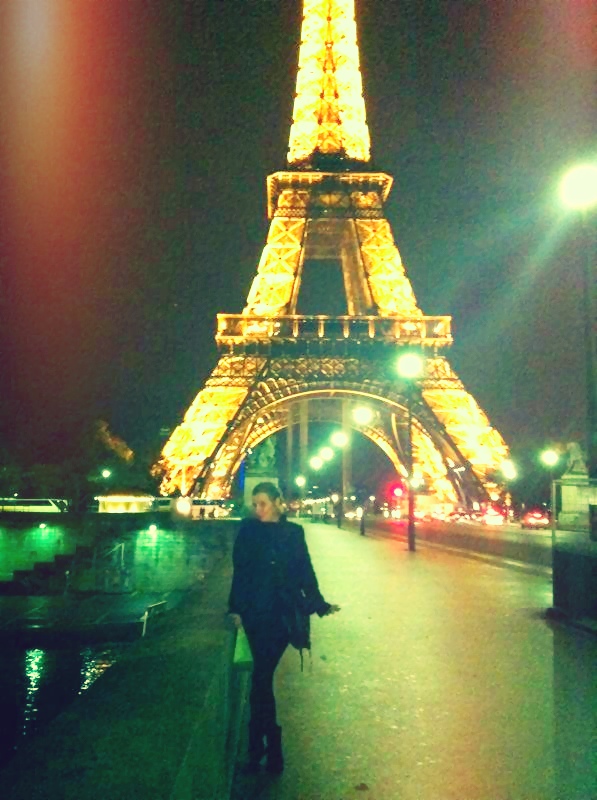 We stayed in Hotel Clauzel which is an average hotel in 18th arrondisement. I stayed there for the first time. It was really close to Pigalle.  I loved there and definetely going to prefer there for the next time.

Next day, it was time to wander around the streets and shop. I can’t belive we never took the metro and walk all the way around Paris. The weather was perfect. Paris was perfect. Our first stop was Saint Michel.After a chai latte and croissant breakfast and about an hour of walk,  we arrived  Notre Dame. 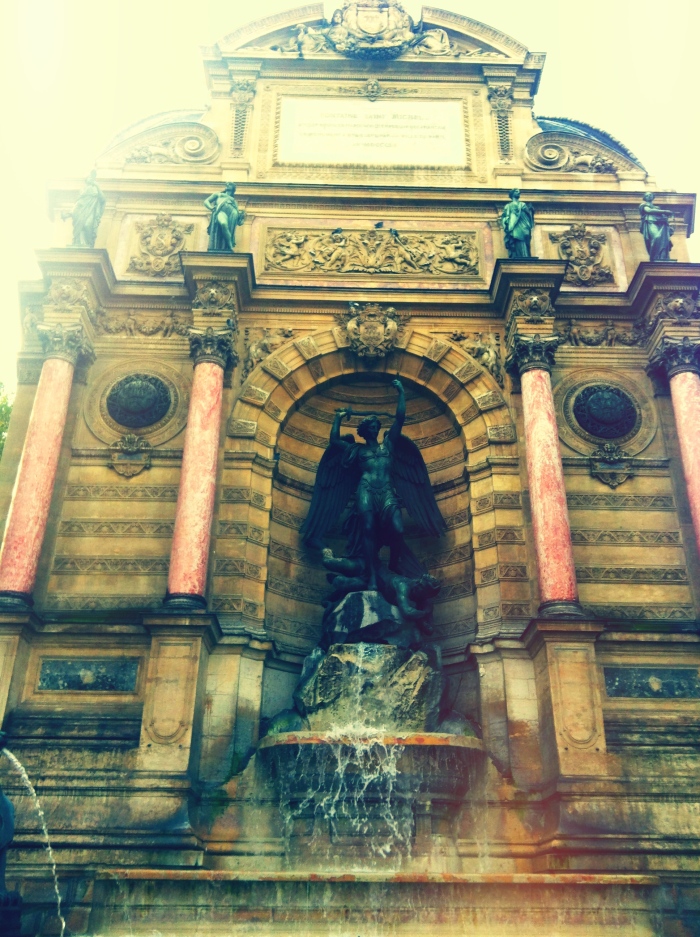 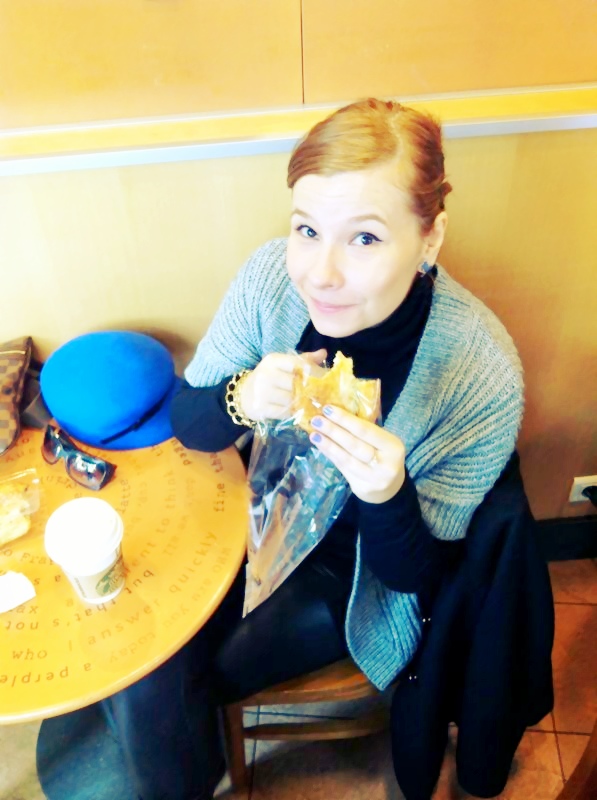 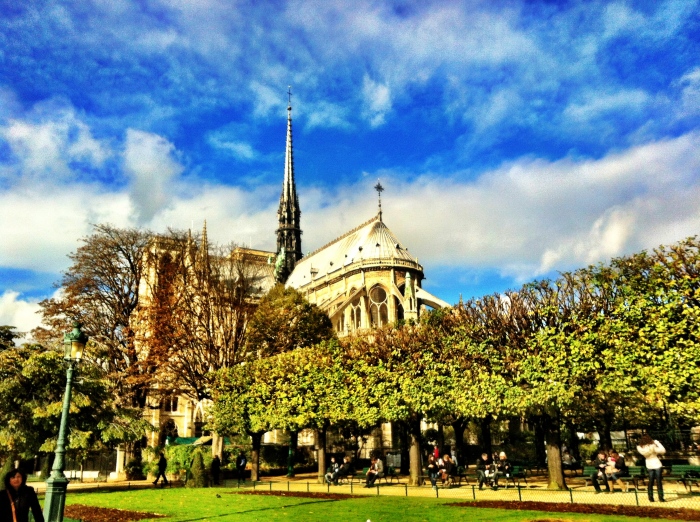 After we went to Le Georges. It is a restaurant at the top of Centre Pompidou. It’s super chic and the interior design is interesting. There is also a terrace which you can enjoy the beautiful Paris view in good weather days. I do want to revisit there at night! 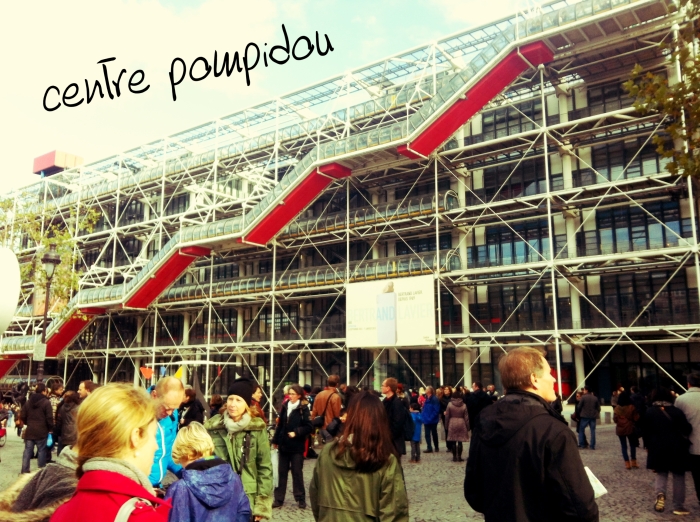 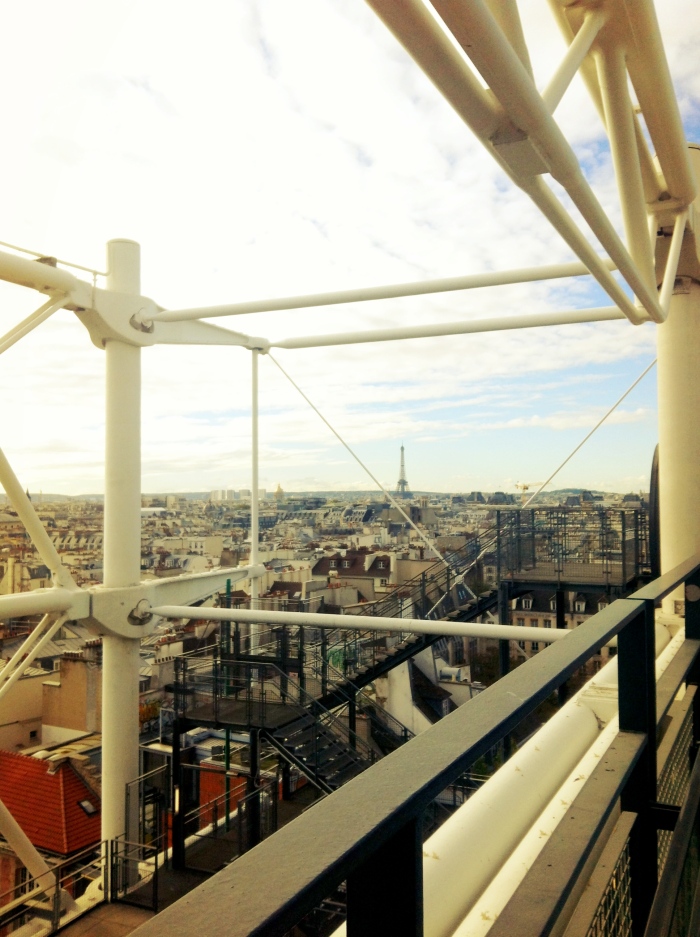 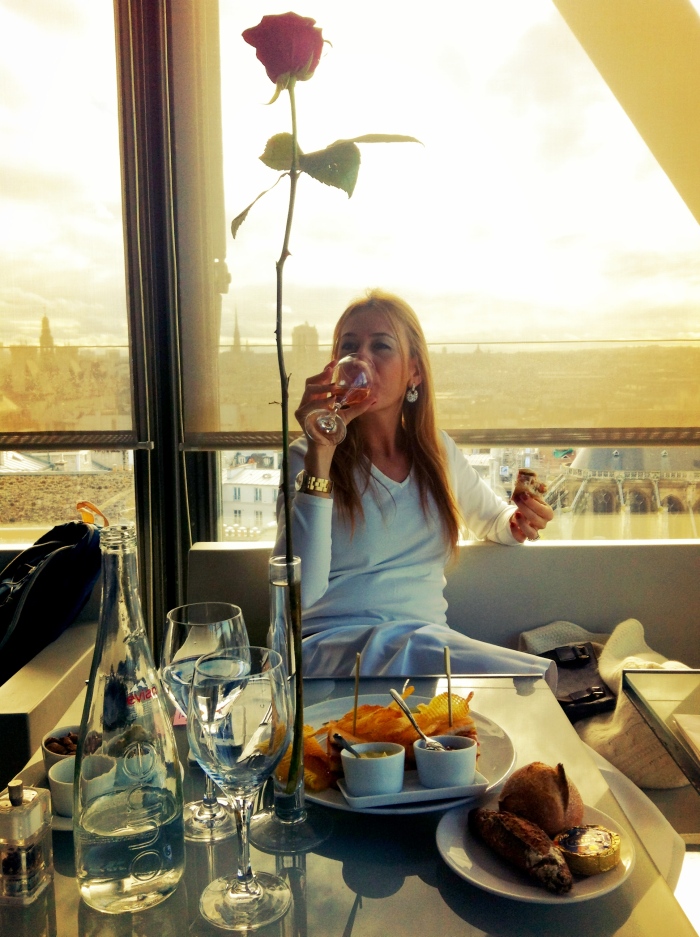 Some photos about the place

After walking and walking we found ourselves in Place de l’Opéra and then Rue La Fayette.  We spent some time shopping. The mandatory next stop was a café on the Rue Lafette as our feet were killing us! After two cafe lattes and a few smoke, It was time for these ladies to get ready for the night. We again walked to our hotel! Haha. 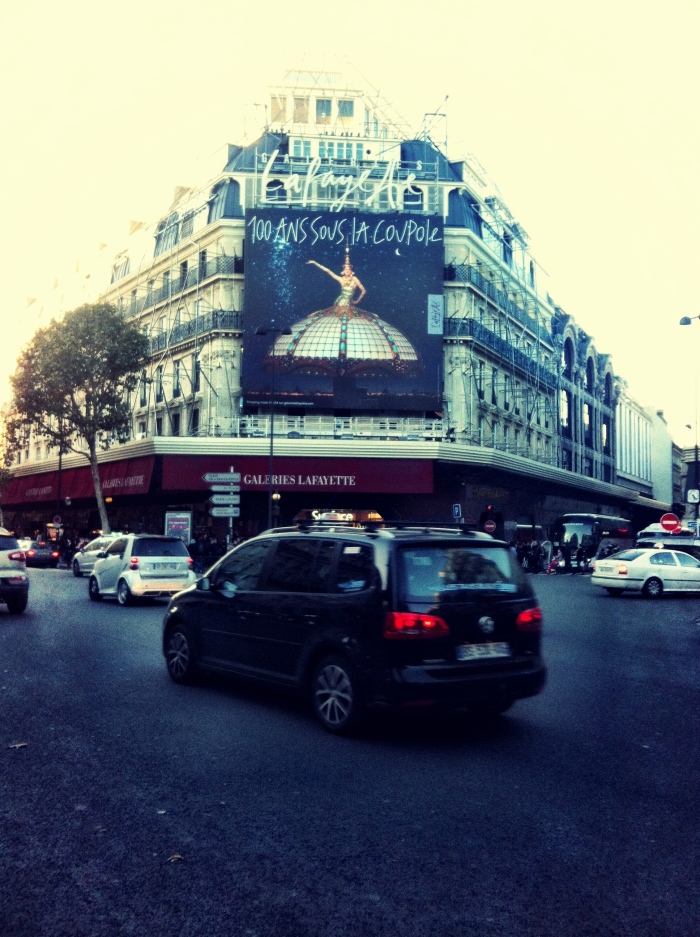 After getting ready and an enquiry,  we found out that  there was only a street between where we resided and the best burger restaurant in Paris. La Masion Mere. But unfortunately when we arrived, there were no burgers left. Next to this hip restaurant, there is a hotel called Hotel Amour. We were also informed about its menu. But we decided to try our chance and began our exploration.

The personnel in La Maison Mere were really kind to offer us some places to go after dinner to take some drinks. While we were looking for Le Carmen, we found a local italien restaurant,  Chez Pino. It was delicious and it’s a really cute place. 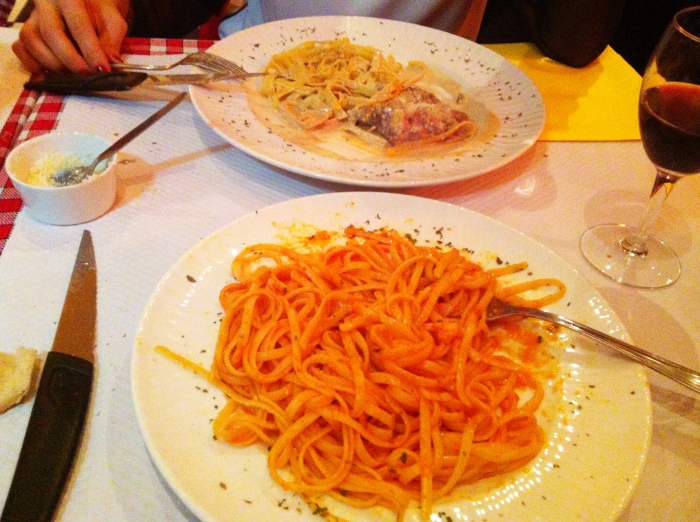 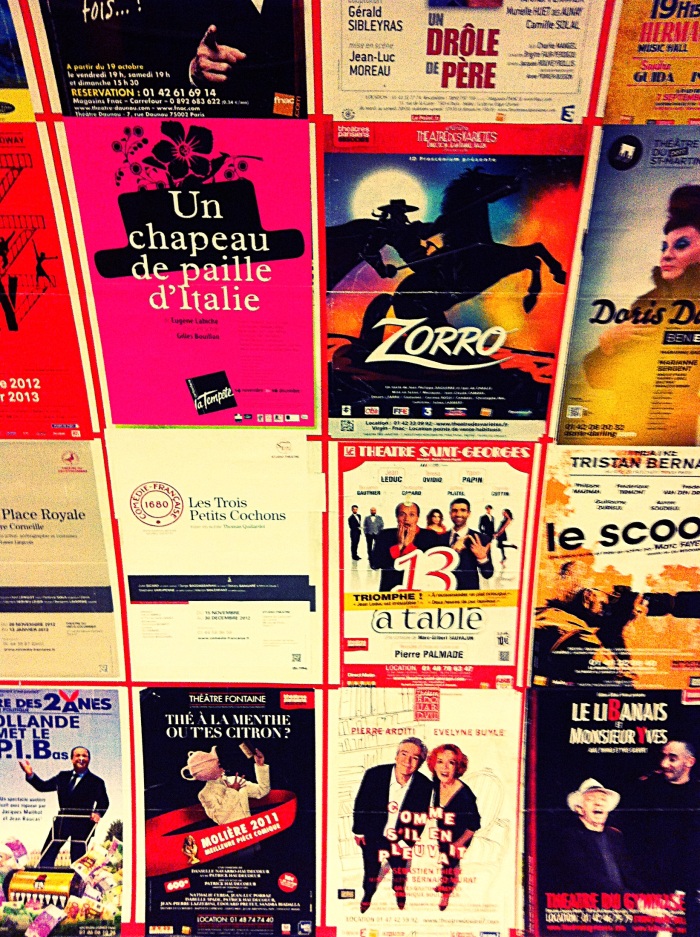 And Le Carmen. I had no idea that we were in a famous and hip place after I looked for it on the internet. Ofcourse I was impressed by the human scale bird cage in the enterence, gold plated mirrors and stucco sculptures.

It’s name comes from the famous opera of famous composer Georges Bizet  as he was the former residence! It not only hosts lots of famous artists and concerts but also Paris Fashion Week’s after parties were held there. We suddenly found ourselves in the most famous and chic clubs in Paris with hipsters around us. I couldn’t believe french people can listen to that good music. (Sorry but it’s true). After a looong looong time, I went to bed at 6 a.m.!!!

You can find some beautiful photos of Carmen here. It’s seriously a good place.

It was a really good night. 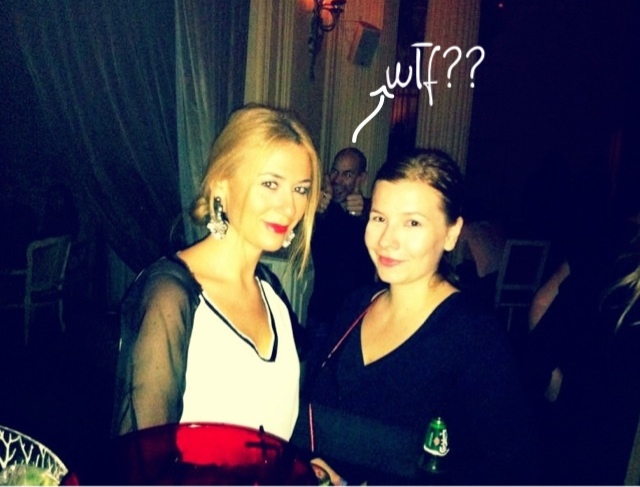 But the morning was not! We had to wake up after 4 hours of sleep, pack our bags and check out. We ran to Paul in Champs Elysees, had breakfast and started to walk around hahaha.

After some water, a painkiller and a cafe latte I was alright to set for road. Our flight back home was at 18:15 so we spent enough time on sunday.

And through the midnight we were home.( Me, I spent that night at my sister’s place).

But the best part was coming home to my favorite person in the world.

2 thoughts on “Paris Is Always A Good Idea!”