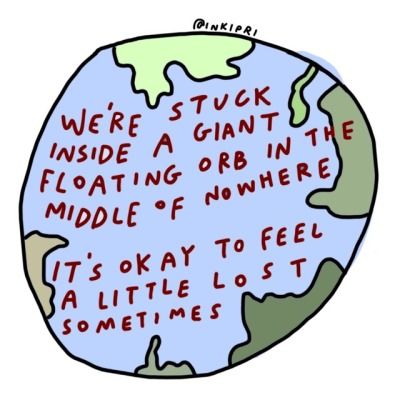 Yesterday’s news, the first ever image of a black hole made me exactly like said above and brought again that question to my mind; What the fuck are we doing here?

I’ve always been a spiritual person. I do believe that science and spirituality goes hand in hand and it’s the perfect union. I believe that we are not only neurons that are firing inside our skull. There’s something more. As there’s something more out there, waiting to be discovered or to reveal itself. But the question still remains; what are we doing here? Everyone has their own ideas or answers. Some of them are religious, some of them are spiritual away from religion, some of them are totally scientifique etc. And I respect all of them. That’s what I always say. “I respect all of them”. But something happened last month and I felt so frustrated and was kind of disappointed with myself. I won’t give all of the details but we were sitting with a few of our friends and talking about lucid dreams and astral projection. One of the people around the table, in my humble opinion had a total scientific view about life. You know, we just exist, we are just like machines, there’s no such thing like soul, there’s total darkness after we die etc. And he said something like we talk about these stuff because of our desire to be unique. And I said it’s because we are unique and very special, each one of us. Then the discussion started. At some point I got mad not only because what he thinks or his ideas but mostly the way he promotes them. But I shouldn’t have. Then I snapped at my husband because he started the topic :)

Anyway I’m going to stop here. I can write or talk for hours actually. But I even don’t know why I write this long. I guess I felt a little lost after the black hole news :) It’s OK  as we’re stuck inside a giant floating orb in the middle of nowhere.